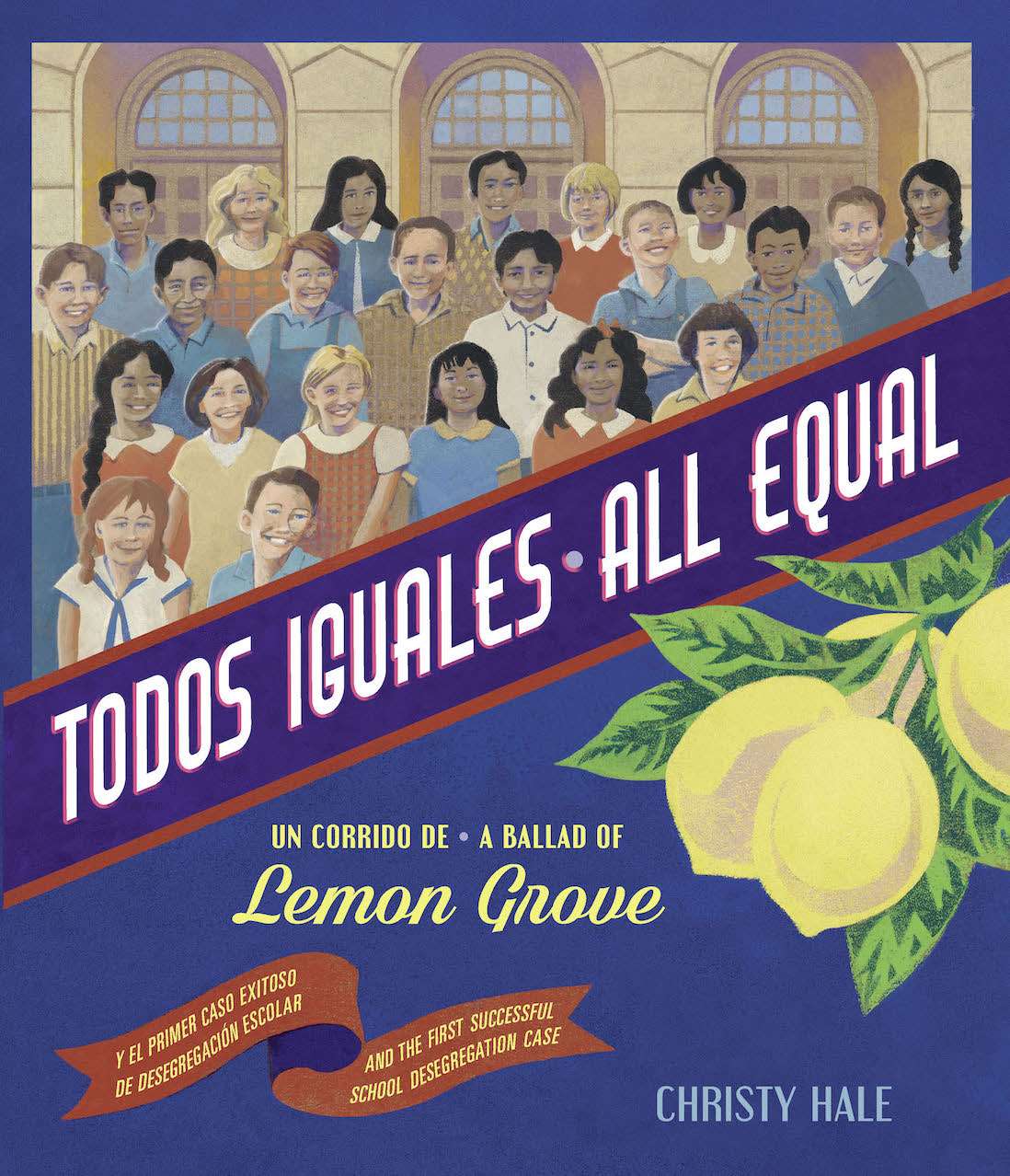 Todos Iguales / All Equal: Un Corrido de / A Ballad of Lemon Grove  is a history book written for school children. It describes the events of January-March 1931 when Mexican American residents of Lemon Grove — mostly immigrants and their children — many of whom were American born citizens — rose up to protest exclusion of some 75 Mexican American children from the lone grammar school where previously all children attended as equals.

Parents organized a boycott of the newly created but inferior school for Mexican American children. They sought legal representation and sued the school board. A bright student, twelve-year-old Roberto Alvarez (born in La Mesa, California), was selected  as the lead plaintiff in the case, Roberto Alvarez vs the Board of Trustees of the Lemon Grove School District. It took less than three months for the court to rule the school board’s action illegal.

Popularly known as “The Lemon Grove Incident” from a television docudrama of that title, the events described in the book are a testimony to the strength of the American court system, the courage of the Mexican American parents and the aspirational nature of American democracy. The case was the first successful, court-ordered school desegregation case in the nation and was cited as precedent in the landmark 1954 case, Brown v. Board of Education of Topeka (Kansas).

Todos Iguales / All Equal is an accurate historical account that is written in both Spanish and English, and extensively researched in cooperation with the Lemon Grove Historical Society and descendants of the Lemon Grove families who lived the events.

The Lemon Grove Historical Society recommends Todos Iguales / All Equal: Un Corrido de / A Ballad of Lemon Grove by Christy Hale to anyone interested in exploring the concepts of diversity, fairness, community action and the first successful desegregation case in United States history.

This highly original book recounts Lemon Grove’s groundbreaking 1931 school desegregation case. The complex story of a Depression era civil rights case is told in an even handed, empathetic style replete with original music and charming illustrations. Run, don’t walk, to your bookstore or library for this one.