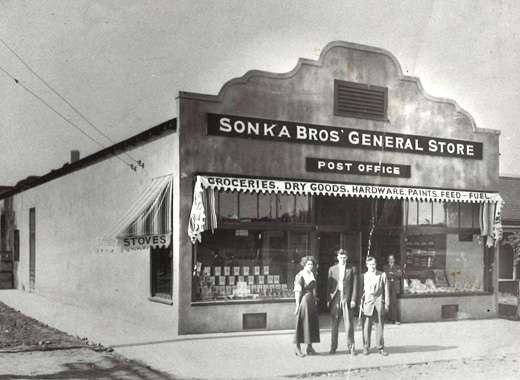 Anton and Anna Sonka and their children, late of Bohemia (today, the Czech Republic), landed in San Diego in 1906, heard of a “mercantile opportunity” in a place called Lemon Grove and never looked back. They opened Sonka Bros’ General Merchandise in 1907, the store that kick-started the town’s post agricultural economy on the corner of Main and Pacific Streets. From a ramshackle wooden building, they expanded in 1912 into the Mission Revival store built by local grower-dentist Dr. Charles Good. The Sonkas sold the business to Adelfinger & Roy and it continued as a go-to shopping mecca and bakery into the 21st century. 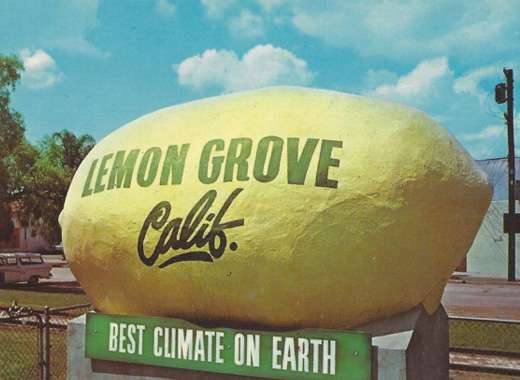 The whistlestop town known as “a sea of lemon trees” got its symbol in 1928 when architect Alberto Treganza asked local ranchers to bring him their prettiest lemons. Treganza chose the winning model (we still don’t know who raised the winner), designed “The Big Lemon” and worked with volunteer ranchers, led by grower-contractor Edmund J. Dunn, to create the most famous lemon in America. It debuted as a parade float on July 4, 1928 in downtown San Diego and remained a float until 1932 when townsfolk placed it by the railroad tracks near the entrance to town, where it stands today, a testament to a people who just cannot think small. 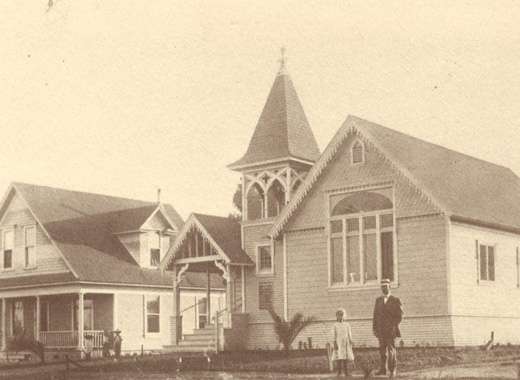 In 1894 the Rev. Isaac Atherton formed the congregational parish. In 1897, at a reported cost of $912, he masterminded construction of a lovely “Folk Victorian” church on Main Street, the First Congregational Church of Lemon Grove. Pioneer families worshipped there. As the town grew, in 1912 the church was moved a block west to become a country club and a larger church was built. In 1996, to make way for the civic park now known as Treganza Heritage Park the church was demolished except for the parsonage which the LGHS rescued for adaptive reuse. This derelict building is now the Parsonage Museum of Lemon Grove, opening it to the public in 1999. 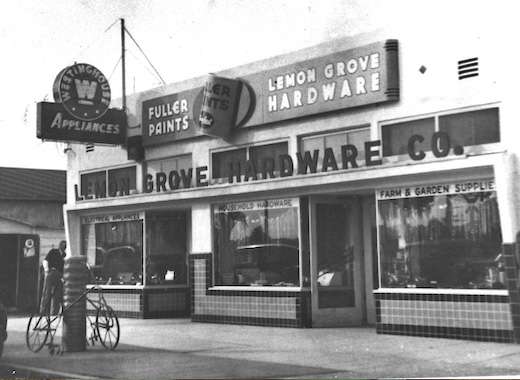 San Diego Hardware was built by Tony Sonka in 1945 on Main Street “because no growing town was complete without a good hardware store.” It was run by John and Elza Sanders until 1966. Their lovely home was due south on Main at Central. Like the Sonkas, the Sanders were part of the civic heartbeat and spent their days within hailing distance of “The Big Lemon.” 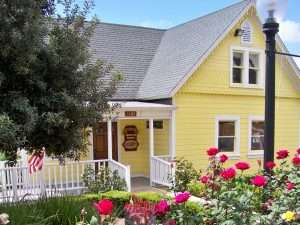 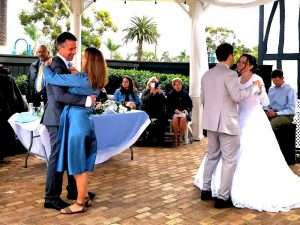 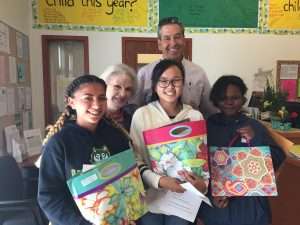 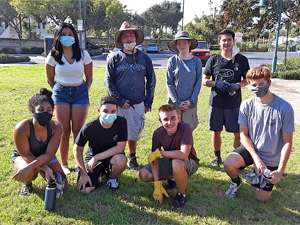 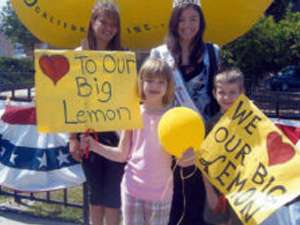 Support Us – Join Us! 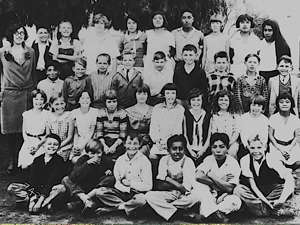 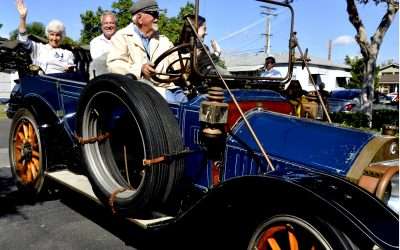 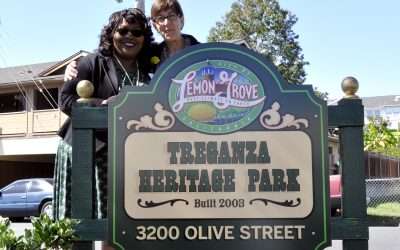 The LGHS is thrilled at success of the events surrounding the Treganza Heritage Park dedication and celebration.  From the overwhelming crowd at the Friday Night History Alive Lectures centering on Alberto and Amorita Treganza, to the fantastic dedication on Saturday morning Oct 9, to the fabulous fun filled dinner gala, each event was a great time for all.

“Your story begins at home…”