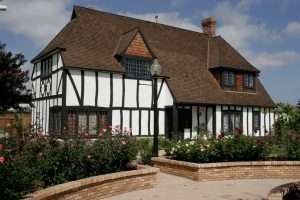 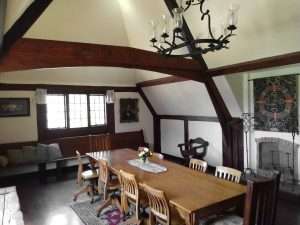 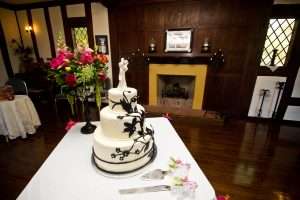 Wedding at the Lee House

Are you interested in our beautiful historic buildings?  Come visit the Parsonage Museum, book some time with the archives at the Lee House or consider a donation to the SOS campaign (Save Our Structures)

The H. Lee House Cultural Center is located at 3205 Olive St, Lemon Grove CA 91946.  The entrance is inside the Treganza Heritage Park where there is always free and well-lit park available.

The H. Lee House (1928) was designed by noted British architect Frederick C. Clemesha and built by Scottish carpenter George Simpson at 8450 Troy Street, Lemon Grove, for San Diego auto reconstruction business owner Harold Lee. Lee commissioned the building of the home in the style of his native England after reportedly falling in love with Simpson’s own Tudor home nearby. The house was part of the American Country Home Movement of the 1920s, a phenomenon associated with the rising popularity of the automobile.

With its former hilltop view of the countryside, the H. Lee House has long been a Lemon Grove landmark. Architectural features include the classic, black and white half-timbered and plaster walls, an immense, bellcast, hip-gabled roof clad in cedar shingles, two massive chimneys, leaded multi-paned windows, the distinctive quatrefoils at each end of the house and the original plank front door with its cast iron heraldic knocker. The intact interior features two fireplaces with original tile hearths clad in copper flashing, original oak hardwood floors, original wall sconces and a stairwell with its handsome railings and large newel post. On the first floor is a beautiful Great Room, a small dining room, a bathroom, rear hallway, kitchen and laundry room with concrete tub and original closets. The second floor has a spectacular bedchamber with two crossbeams, two small bedrooms, bathroom and hallway. There is a partial attic.

The H. Lee House stood squarely in the path of the six-mile extension of SR125. The road has had major impact on one of Lemon Grove’s oldest, most interesting neighborhoods (homes by Frank Hope and Alberto Treganza-both still owned by CalTrans– grace Golden Avenue). Between 1990 and 2002, the year that a battered, frail Lady Lee finally crossed the trolley tracks and arrived at her new home on Olive Street, the Lemon Grove Historical Society waged a campaign to save the house. We proposed to our City Council that LGHS work with CalTrans to restore the house and then name it the H. Lee House Cultural Center. LGHS would raise all interior restoration funds, maintain the house and present concerts, classes and lectures in the house, and also make it available for rentals. All of that has come to pass thanks to the remarkable efforts of Society volunteers chaired by Helen Ofield.  In July 2002 the house was relocated to Treganza Heritage Park (formerly Civic Center Park), where it flourishes today as the H. Lee House Cultural Center, the site of concerts, lectures, art exhibitions, social events, numerous rentals and more.

Like SOHO, LGHS believes in saving old while building new and working to ensure that new development respects historic character. Not easy, but always worth the struggle!