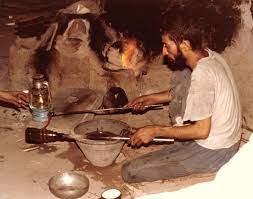 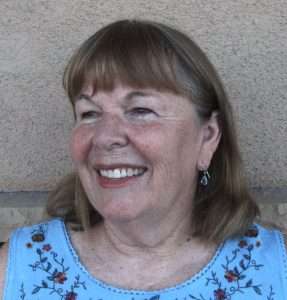 Film Night at the Lee House

Saidullah at work,  featured in the short film: “The Glassmakers of Herat”

Jan.  6, 2022: A Special Edition of History Alive – Film Night in the Lee House  Join us for FILM NIGHT at the LEE” when Helen Ofield will showcase 6 short films produced by Jack Ofield from his his 16-year PBS sleeper hit series, The Short List (four Emmys!). The series was hailed for presenting unusual cultural portraits by unknown filmmakers from lesser-known lands. Here’s the don’t-miss program: The Wave on the Shore is a documentary from the Iranian Young Cinema Society, showing smugglers on the Caspian Sea outrunning patrol boats while a village wedding is underway.  The Glassmakers of Heratis a documentary from Corning Glass, made just before the Soviet invasion of Afghanistan in 1979. A 20-year-old father uses a 3,500-year-old method to make glass. Stampede, a sweet animation from California. Voice of Silence, a heartbreaker from Sweden. Uno Mas, Uno Menos, a drama about a girl with Downs Syndrome and a TV interviewer, from Spain and  Rival, dating in Uzbekistan.

Feb. 3, 2022: Sarah Lewis, Vice President of Membership, reprises her dazzling dis-play of original items from the LGHS archives that thrilled attendees of the Oct. 9, 2021 dedication of Treganza Heritage Park. Sara lovingly assembled the real deal on tables inside the H. Lee House and explained who, what, why to a fare-thee-well. This archive wizard will tell you why “real” is so important to history.

Mar. 3, 2022: Helen Ofield, a past president of LGHS and current treasurer-historian to the board, is also a writer and film-video producer.  Her topic, “Where Are the Great Cat Burglars?” is a tongue-in-cheek look at crime in the 1950s-1960s in the Big Lemon when crooks were dopes (not like now when crooks are creeps).

Laura Hook
Helen M. Ofield is the president of the Lemon Grove Historical Society. She spearheaded the saving of Lemon Grove's first church (built 1897) and its adaptive reuse as the Parsonage Museum of Lemon Grove, and the saving of the H. Lee House (built 1928) and its adaptive reuse as the city's cultural center. Her civic history, Images of America: Lemon Grove (Arcadia 2010) includes photographic content advised by Pete Smith. She is an award-winning writer-producer for national and local film and television, as well as for print and online news media, a member of the San Diego County Historic Site Board and the Society of Professional Journalists, and a long-time historic preservationist.