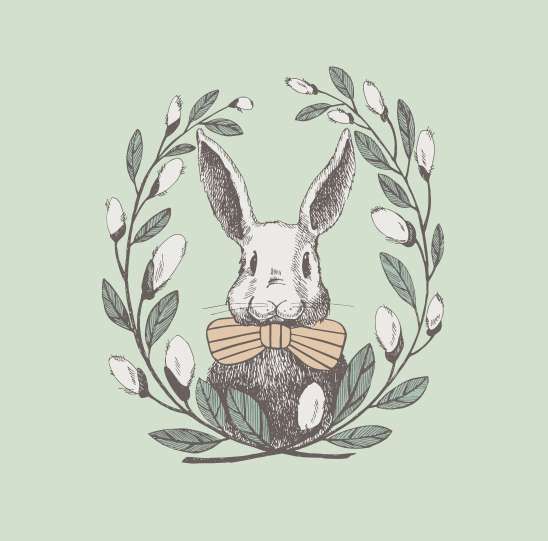 In the throes of the COVID-19 pandemic we recall a parallel time in our town replayed here from the pages of the Lemon Grove Review. There was nothing simple about Easter weekend in The Big Lemon when local controversies vied with the Cold War for headline space.

L’Affaire Bunny: The Easter Bunny hopped for some 3,000 Lemon Grove kiddies after an eleventh hour save by local business women, spearheaded by Mrs. Robert Browne, who snagged $100 in donations in a single morning. 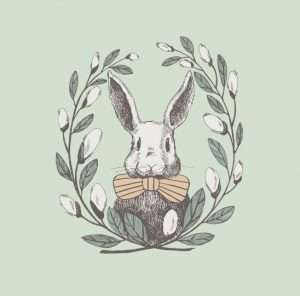 The threat to the Easter bash erupted when founding chair, E. A. “Molly” Mouillesseaux, got caught up in personnel problems at his gas station on Broadway. With the hired help bailing due to “slave wages,” Molly was forced to pump his own gas and forego fundraising for the moppets’ sixth annual egg hunt.

Worse, the Grove Theatre, scene of many an Easter fête, was closed for spring cleaning.

But the Lemon Grove Business Women’s League dander was up. In 24 hours they bought $100 worth  of candy and found 3,200 bags to put it in, ordered party tickets, arranged delivery of 1,500 eggs and got Carmen and Bill MacQueen to cook them, got 25 chocolate bunnies donated for prizes in the Easter Egg Hunt, and scheduled the event for 10:30 a.m. at the Grove Youth Center on Easter Sunday.

Really. These ladies give new meaning to “schmoozerati.”

Plus, they worked until 3 a.m. decorating ballot boxes to place in stores to hold coupons they hand-printed to distribute to local schools. You put your coupon in a box and prayed you’d be picked at the Easter party for a chocolate bunny or any of the other coveted prizes–like a rabbit’s foot , coonskin cap, rabbit fur scarf, big bag o’ bunny jellybeans, or a bunny balloon. Let the insanity begin.

Nearly 3,000 kids showed up and over 150 prizes were distributed with Molly doing the legwork and local businesses ponying up. Molly had launched the festivity in 1948 by displaying a live bunny in his gas station and awarding it as a door prize. This was back when Lemon Grove had two huge rabbitries and Fluffy and Bugs regularly showed up fricasseed for Sunday dinner.

A Cold, Cold War: Lemon Grove was HQ for the monthly Zone Wardens’ County Civil Defense Training in the Grove Youth Center. Some 60  wardens and workers from all over the county showed up to learn how to “take over in the first few hours of disaster.”

With WW II fresh in everyone’s mind, recent atomic tests in Nevada, the Rosenbergs awaiting sentencing in Sing Sing Prison, the House UnAmerican Activities Committee and blacklist in full throttle, and a spate of Hollywood movies about spies and bombs dominating theaters, no wonder  communities nationwide sought ways to save hearth and home from the Red Menace.

Milton F. Lear, Lansing Drive, zone warden for Lemon Grove, warned everyone to keep a bucket of water near the kitchen door in case fire broke out from bombing and/or strafing. He urged residents to check their mail carefully for subversive messages and invest in a bomb shelter. (Today, you can buy a bomb shelter online for $500 to $700. Supplies, then as now, are similar to what you’d need post-earthquake. The idea might seem quaint and from another era, but who among us will forget 9/11 and COVID-19 any time soon?)

Walk Right In: Despite their concern with national security, ‘Grovians routinely left their doors unlocked. The local Chamber of Commerce sponsored a patrolman, H. L. Johnston, to cruise the business district from 9 p.m. to 5 a.m. for three weeks on a salary paid by the county and local stores.

Of Men, Subs and the Draft: The Review ran a photo of the atomic submarine Haddock taken when it surfaced with 23 sailors aboard, who had volunteered to stay submerged for 59 months at New London, Connecticut. They tolerated confinement in close quarters for nearly two months. 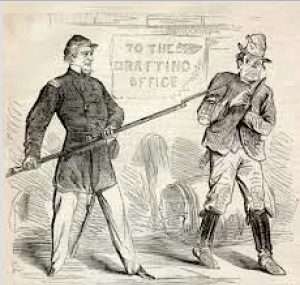 The Haddock saw action throughout WW II and earned 11 battle stars and a Presidential Unit Citation for outstanding service on war patrol. After decommissioning, Haddock crews no longer took out enemy subs, but the vessel was active in tests like that above.

The Review also ran a cartoon about the draft. Fear of the Soviet threat, and with the Korean War winding down, the draft served the purposes of the Cold War.

The draft began with the Civil War in 1861 and ended in 1973 when President Nixon fulfilled a campaign promises in the wake of the Vietnam War.

Today, as everyone knows, the armed forces are all volunteer — but, in fact, the Selective Service remains in place as a contingency plan for registration of men, ages 18 to 25.

Fur & Feathers: The following items rang eternal in a town that loved dogs and horses, and where almost every family had a live chicken or three, and chicken ranches still flourished.

The only Dalmatian in the world that competed with men in the Parade of Champions log-rolling event at the Los Angeles Sportsmen’s Show was Peppy trained by Bill Fontana of Spring Valley. Peppy competed and won twice. Wish we’d been there.

Chubby the World’s Fattest Horse set a new record for the most hay chomped at the Indiana State Fair. Glad we weren’t there.

White Leghorn Hen No. 210 laid 1,527 eggs in her 10-year career. Her owner, Patricia Ryan of Detroit, was given a World’s Record certificate. No word on whether No. 210 got to lay her burden down.

Snake Snacking (and not in Wuhan): “Teener of the Week” in this edition of the Review was handsome, budding actor Robert Owen Turnbull, son of famed optometrist, Dr. Amorita Treganza, and grandson of Big Lemon designer, Alberto Owen Treganza.

Robert belonged to the Ancient Indian Order of Snake Snackers wherein members must dine on snakes or risk banishment. He came by this honestly. In the Treganza Family Papers at the Lemon Grove Historical Society is a photograph of Dr. Amorita peeling an enormous snake in Baja California in readiness for baking, broiling, braising,  or, what do we know…

And so it went on Easter weekend in Lemon Grove in 1953 when all God’s children, and as many furred, feathered, scaled and well-armed creatures, sought succor in the Promised Land.