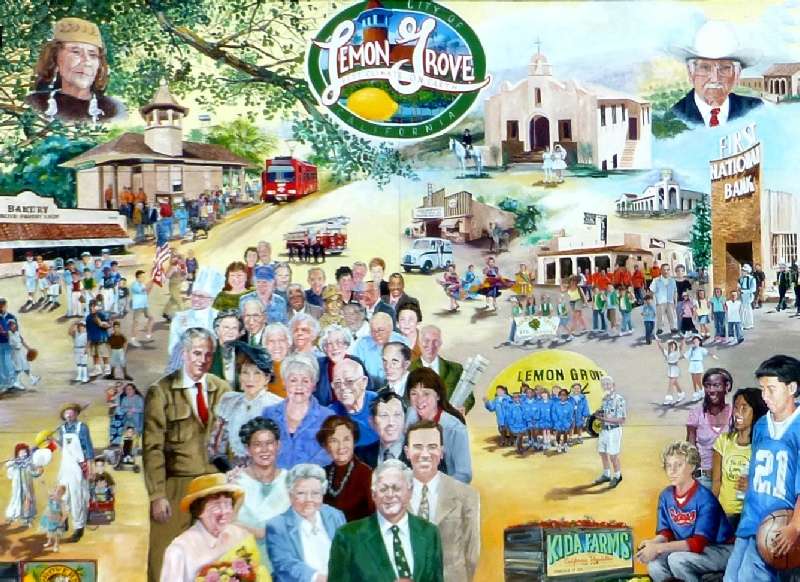 A further look back at the drive for cityhood.

The Fringe Fights Back: Lemon Grove was called a “fringe area” on the border of San Diego. But, despite this pejorative, a lack of mortgage money and San Diego’s refusal to extend sewer and other services outside its city limits (not for free, but for $$$), Lemon Grove again led the unincorporated areas of the county in new building construction as it had every year since 1946.

This, from the county’s 1951 Building Inspection Division: Big Lemon neighborhoods sported 781 new dwelling units valued at $7,841,952. In 1950 the town led with 1,158 units valued at $8,148-167. In other words, former orchard lands were sprouting homes in the post WW II boom, and the “sea of lemon trees” dotted with stately homes that had once made Lemon Grove the “Pasadena of San Diego County” was fading into history.

To Be or Not To Be: “How Shall We Meet This Threat?” shouted the Lemon Grove Review. Meaning the demand by the California League of Municipalities that unincorporated communities like Lemon Grove “annex, incorporate, or else!”

The threat of annexation was declared by the League’s board of directors at its meeting in Los Angeles’ Biltmore Hotel. Why should “real” cities pay tax subsidies for services to the peasantry huddled in rural enclaves far from the madding crowd?

“Hooey,” huffed the Review (Jan. 31, 1952) “…a progressive community like Lemon Grove provides its own fire protection and sanitation district. Our many building permits support the sheriff’s office and justice of the peace.

“The League proposes a bill for the next session of the legislation requiring communities of a certain population size to either annex to the nearest city, or incorporate.”

The Review’s editor, the old pro Max Goodwin, urged all unincorporated communities to band together to fend off the threat “to the rights of people to live as they desire.” The paper would fight the annexation threat for the next 25 years until the town incorporated in 1977.